The agreement reached between the Government, Arcep and mobile operators on 14 January sets out new, stringent and particularly ambitious mobile coverage obligations. The goal: a New deal for mobile connectivity, to achieve ubiquitous, high standard mobile coverage in Metropolitan France thanks to a major rollout push.

Today, Arcep is publishing its draft decision for public consultation, with a view to issuing a call for applications that will enable a reallocation of longstanding 2G and 3G frequency bands (now also being used for 4G) for a period of 10 years, whose licences will begin to expire in 2021. The new licences will include new coverage obligations.

Frequency allocation procedures: an opportunity to include ambitious targets in the terms of future licences 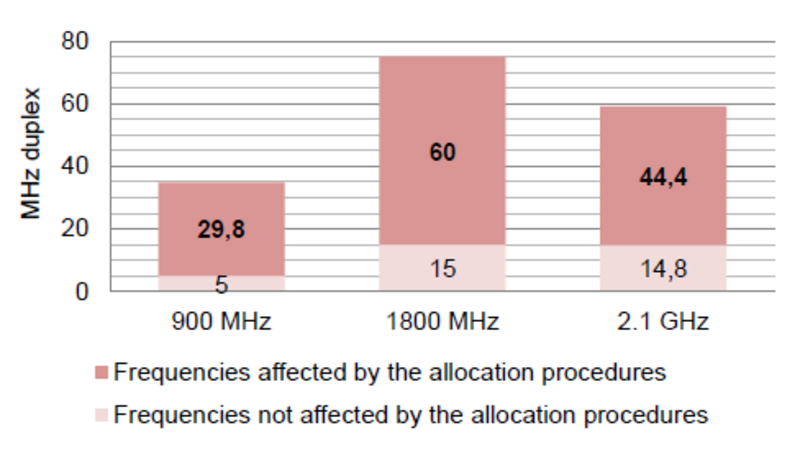 To provide the different stakeholders with certainty over the future of these spectrum resources, Arcep planned on defining, already by 2018, the terms and conditions for their reallocation and for making them available to operators beginning in 2021, 2022 or 2024, depending on the frequencies. This is the purpose of the draft decision being published for consultation.

The terms and methods for allocating frequencies seek to satisfy two main goals in particular: digital regional development and achieving fair and effective competition between operators that benefits users.

The allocation procedures being proposed by Arcep include the coverage obligations that were described in the document published on 22 January of this year. These obligations pertain in particular to:

- adding 4G to all 2G and 3G cell sites;
- covering the main roadways and daily commute trains;
- introducing a targeted coverage scheme that requires every operator to cover 5,000 new locations that the Government, in tandem with local authorities, identified as being in need of coverage;
- increasing quality of service;
- indoor coverage.

Future-proofing the conditions for ensuring fair and effective competition

The call for applications procedures for the allocation of 900, 1800 and 2100 MHz band frequencies take into account the goal of ensuring fair and effective competition in the mobile market, by implementing the conditions needed to ensure that all interested parties have fair and equal access to spectrum. The draft decision also sets out the possibility of a new distribution of spectrum resources between the licence-holders, notably in the 900 and 2100 MHz bands in which operators Orange, SFR and Bouygues Telecom currently have two to three times more frequencies than Free Mobile.

What comes next: adoption of the decision in June and allocation of the frequencies before the end of 2018

After having analysed the contributions to the consultation, Arcep will adopt the call for applications decision in June. It will be submitted to the Minister responsible for electronic communications, who can then launch the allocation procedure. The licences will thus be awarded during the fourth quarter of 2018, and the frequencies made available starting in 2021.

The deadline for contributions to the public consultation is 18 May 2018.

At the same time, Arcep is working with operators on adding the coverage commitments they have made for 2018-2021 to the terms and conditions attached to their licences. They are expected to come into effect in June.