In 2013, the legal provisions relating to ARCEP’s ability to impose sanctions – which enable the Authority to enforce the obligations it is responsible for enforcing – was ruled unconstitutional by France’s Constitutional Council (Conseil constitutionnel). Since the Order of March 2014, completed by the Decree of August 2014, ARCEP’s ability to impose sanctions has been restored. This power is now exercised by two distinct bodies inside the Authority’s Executive Board: 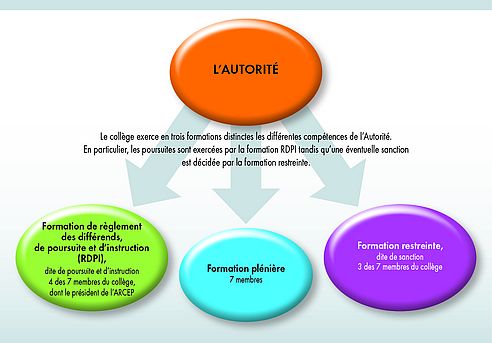 On 19 May of this year, ARCEP sanctioned three operators for the first time since then. All of the procedural steps required to impose such a sanction have been completed:

ARCEP withdrew the frequencies allocated to the three overseas mobile operators, due to their failure to comply with rollout obligations and to pay their licensing fees.

ARCEP conducted regular verifications since 2008 to ensure that these companies were complying with their obligations. The conclusions of these verifications led ARCEP to issue all three operators with a notice to comply in 2011. Because of the Constitutional Council’s objections to the legal provisions concerning ARCEP’s ability to impose sanctions, this procedure could not be carried to completion.

On 19 May 2015, having ascertained that seven years after having been allocated the frequencies, the operators had yet to perform any rollouts, and were still heavily in arrears in the payment of their licensing fees, the sanctioning body decided to proceed with sanctions. Given the gravity of these failures, it decided to withdraw the frequencies that had been allocated in 2008, and to make these sanctions public.