Guillaume Mellier, age 36, will take up the position of Director of ARCEP's Fixed Access and Local Authority Relations Department on 7 March 2016.

A graduate of the Ecole Polytechnique, and an engineer for bridges, waterways and forests, Guillaume Mellier began his career in 2005 as the head of the CETE de l'Ouest (now CEREMA) national support hub for digital regional development, in Nantes. Mr Mellier joined ARCEP in 2010 where he served, first, as the head of the Capacity and Fixed Telephony unit, and later as head of the Mobile Markets unit. In 2014, he was appointed Deputy Director of the Fixed Access and Local Authority Relations Department.

Last June ARCEP Chair, Sébastien Soriano, charged Mr Mellier with leading a cross-department task force on the Internet of the Things which was identified as one of the Authority's 12 priorities for 2016 - 2017, as part of its strategic review.

Guillaume Mellier will continue to head up this task force, in addition to assuming his functions as Director. 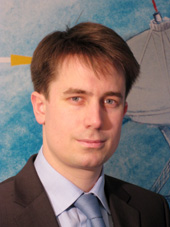