It was with tremendous sadness that Arcep learned of the passing of Bernard Zuber on Wednesday.

Appointed to the Arcep Executive Board in January 1997, Bernard Zuber participated in the creation of France's Telecommunications Regulatory Authority, ART, which later became Arcep, and helped lay the groundwork for opening the market up to competition.

Many of us at Arcep worked with Bernard, and we want to express our appreciation today for the vital contribution he made to Arcep's creation and operations.

The Chairman of Arcep and the entire staff send their heartfelt condolences to his loved ones. 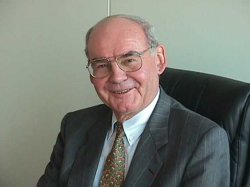